The Colorado legislature has only two black members. But now they are the two most powerful members of the 100-person body.

Colorado Democrats made legislative history by electing Rep. Terrance Carroll as speaker of the House and re-electing Peter Groff as Senate president.

It will be the first time in American history that the presiding officers of both chambers of a legislature will be African-Americans.
—

For most of the past 30 years, Nebraska has had only one African-American serving in its single-house legislature. After the November election, it will have two, both female. 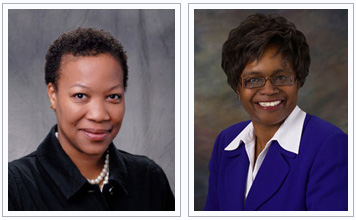 Brenda Council of state District 11 and Tanya Cook of District 13th are the first African-American women to be elected to Nebraska’s Legislature. Previously, Joann Maxey served from 1977 to 1979 in the Legislature, but she was appointed by the governor.

The two have a long history of friendship and activism in Omaha politics.
—

For NY State Senator Malcolm Smith, a Democrat from Queens, this was supposed to be the best of times.

Prior to the recent election, he was the Senate minority leader, having been elevated to that post in 2007 by fellow Democrats.

The election saw Democrats gain enough seats to have a 32-30 edge over Senate Republicans. Prior to that, Republicans held the majority in the Senate for four decades.

Smith was expected to elected majority leader by Senate Democrats, becoming NY’s first black leader of a majority party in the Legislature. But the prospects for that are now extremely muddled.

The problem: three Democrats are threatening to caucus with Republicans, enabling the GOP to remain in the majority and keep control of the Senate.

The three “holdout” Democrats include two Latinos who are concerned about a lack of Latino representation in leadership roles in New York City and New York state government. According to a news report, one of the dissatisfied Dems stated that “We have a black President now, a black governor, a potential black majority leader in the Senate, but not a single Hispanic in any major statewide or citywide office.”

All of this comes at a time when New York state is in the midst of a fiscal crisis, and culture issues such as gay marriage have proven divisive among the Senate Democrats.

Smith has insisted at every opportunity that he will become majority leader, and has conducted business as if it’s a certainty. But New York is a place where anything can happen. We’ll see.

Also of note in New York: David Paterson, the former NY lieutenant governor who became governor when Eliot Spitzer resigned that position due to a prostitution scandal, has announced that he will run for Governor in 2010. Paterson is the state’s first African American governor. Paterson is also legally blind.
—

Democrat Steven Horsford of Las Vegas has become the first African American to hold the top job in the Nevada state Senate.

Horsford, who is 35, became majority leader when Democrats took control of the Nevada Senate from Republicans this past election day. Horsford was already serving as minority leader.

Horsford had many personal challenges while growing up; he was raised by a teen-aged mother who had problems with drug addiction. His success is one of the feel-good stories of this election season.
—

Marcia Fudge has won election to the Cleveland, Ohio, congressional seat that was held by the late Stephanie Tubbs Jones. Jones, whose time in the House began in 1999, died unexpectedly from a stroke in August.

Fudge is currently the mayor of the Cleveland suburb of Warrensville Heights, Ohio, and is the first woman and first African-American elected to that position.

Fudge was chief of staff to Tubbs Jones during Jones’ first term in Congress. She is a past president of Delta Sigma Theta Sorority, serving from 1996-2000.

Fudge will also run in a special election to finish out Tubbs Jones’ existing term on November 18, 2008. She is expected to win easily.
—

An article from the Associated Press, Arkansas Blacks Can’t Break State, Congress Barrier, talks about the struggles faced by African Americans in winning elections in that state. The article notes that Arkansas remains the only state from the former Confederacy not to elect an African-American to Congress or any statewide office since Reconstruction.